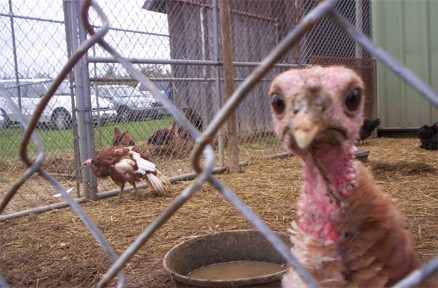 Previous Next
← previous day next day →

Just got off the Fung Wah bus from an extensive turkey day vacation with the folks. Damn dudes. For those of you who don't know- the Fung Wah picks you up in Chinatown and drops you off in Boston South Station- for $15. Holy crap this is old news for most but for those of you who don't know, don't sleep on this unbeleivable deal any longer. It's not even that smelly. And for some reason the girls are hotter on Fung Wah than on Peter Pan. Not that anyone is picking up anyone with breath like mine right now. I should be brushing, not blogging. Good night.

Nice shot. It is a shame the the turkey in the foreground is out of focus.

What? It RULES that the turkey is out of focus. That's like the best thing about it! ?????